More Info about Loot, Characteres and the Story of the Game you can find under Videos or in the Stalker Wiki!

Until the release of the Stalker 2 Heart of Chernobyl Map check this Map that translate the Real World Locations to the Game Locations(Click on the Image for a bigger Version): 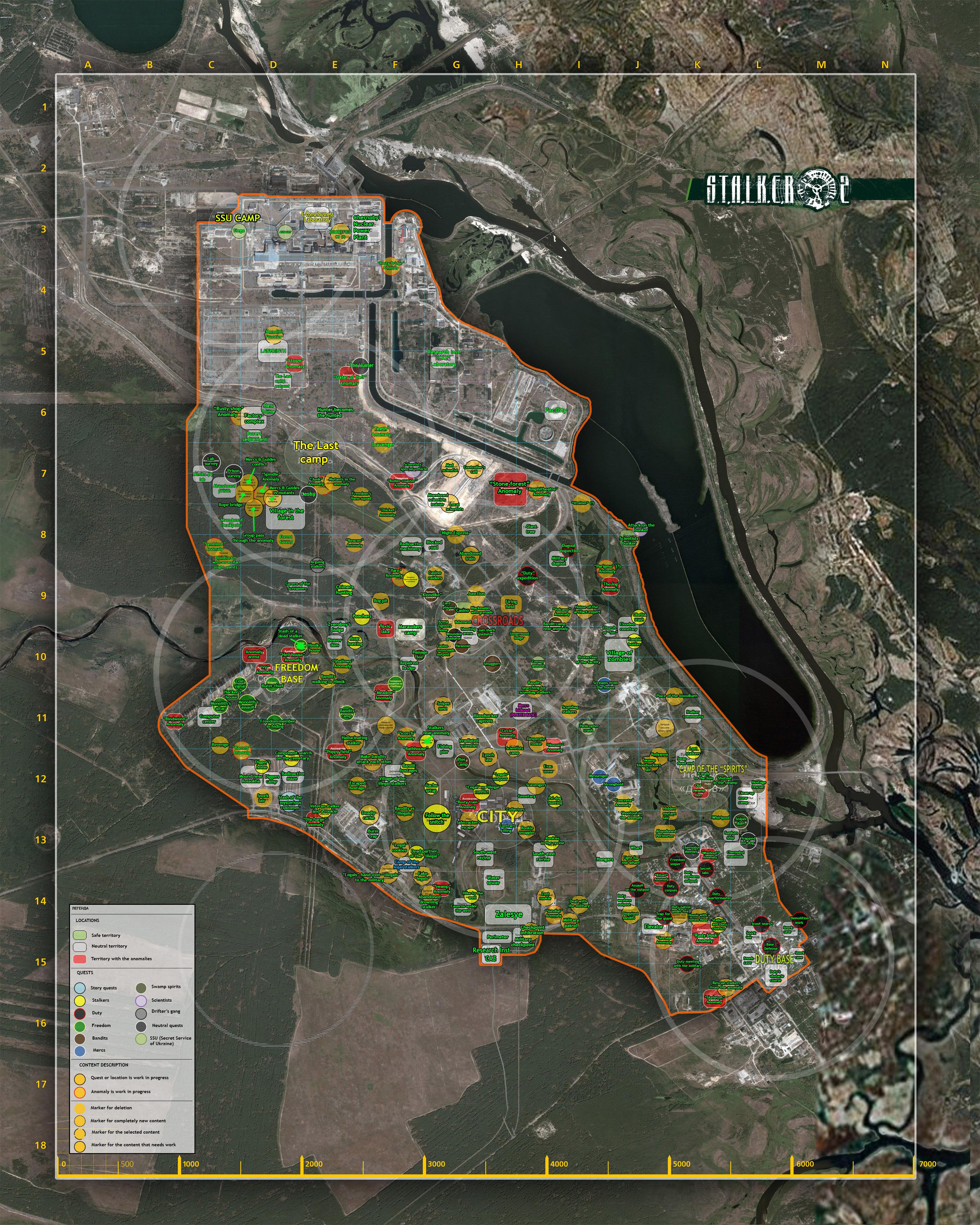 About Stalker 2 Heart of Chernobyl

In the S.T.A.L.K.E.R. Series you play in different Scenarios in the so called “Zone”. After a disaster in the Chernobyl nuclear power reactor, the military establishes a exclusion zone around the nuclear power plant. Meanwhile rumors about mutants, illegal experiments and supernatural phenomena quickly spread, attracting all kinds of curious people…

These are called S.T.A.L.K.E.R. This stands for Scavenger, Trespasser, Adventurer, Loner, Killer, Explorer and Robber.

Above all this describes the game very well. With the open world environment and many sidequests the game promises maximum freedom of action. It offers a survival first-person shooter of the extra class that combines both horror and role-playing elements coherently…